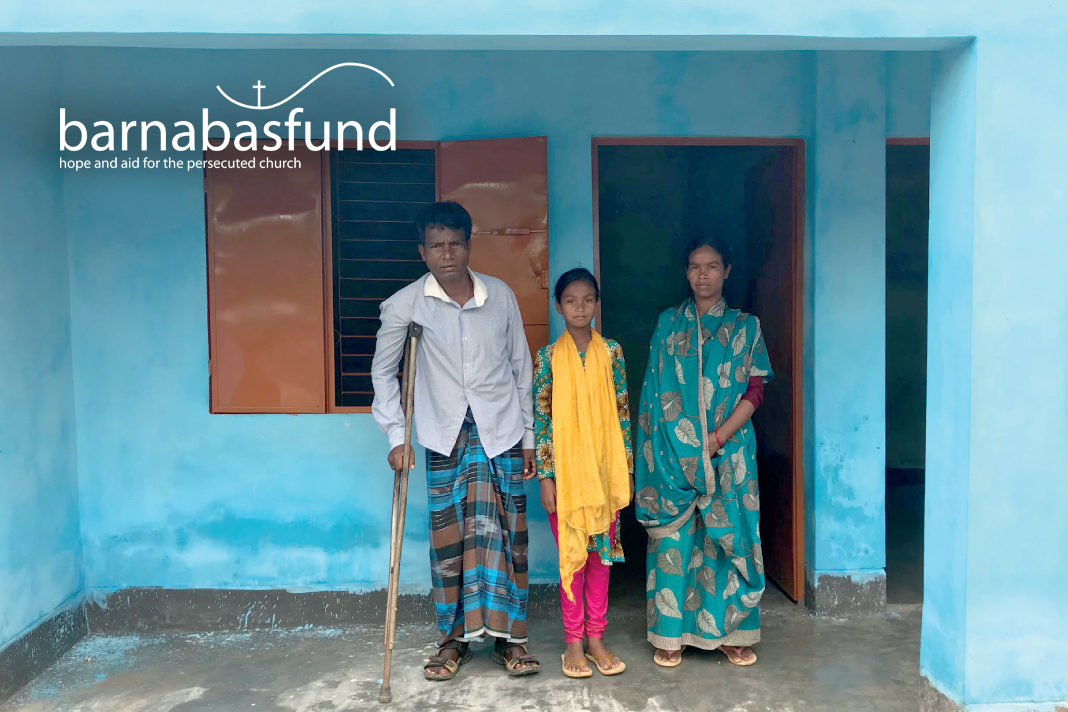 “We are persecuted and poor Christians and now God has given us 50 low-cost houses for 50 families. Therefore we give our heartfelt thanks to Barnabas Fund.” These are the grateful words of Ruth, a member of a desperately poor Christian community in Bangladesh whose homes were destroyed in an attack by the authorities.

At least 5500 Santal Christians in the Gaibandha District were made homeless on the night of 6 November 2016 when police, firing rubber bullets and assisted by local Muslims, evicted the whole community and set fire to the wooden shacks in which they had been living. Three Christians were killed and many others wounded. 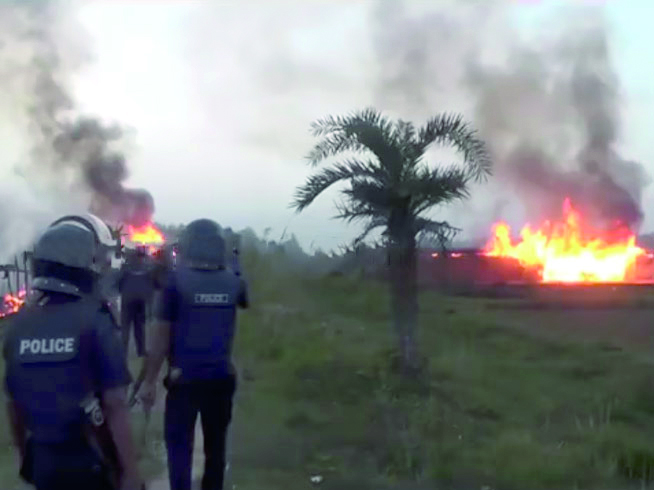 Police in riot gear evicted the desperately poor community of Santal people in Gaibandha District, Bangladesh on 6 November 2016. Helped by local Muslims, the police set fire to the wooden shacks in which the Christians lived

Each house has access to a well and toilets
Barnabas Fund is building sturdy new homes for the families on safe, church-owned land, which will make them less vulnerable to attack. A hundred homes have been completed already (in phases 1 and 2), but that is only enough for about 400 people. We pray that with God’s help, and the help of our supporters, we are able to build more homes for the thousands of others who lost what little they owned that terrible night and are still, three years on, living in tents.

We want to start phase 3 of this project, constructing at least another 100 sturdy one-room homes with brick walls, tin roofs, and a veranda. Six tube wells with hand pumps, and twelve toilets will also be provided. A shared community area will provide a place for many daily activities. 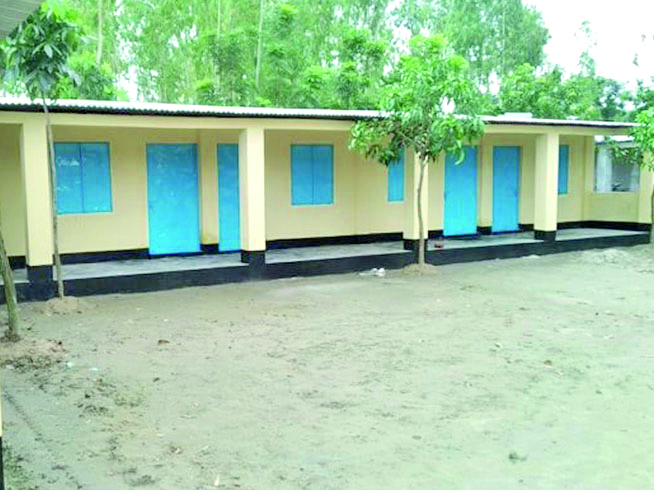 Church is only minutes away
The 50 houses built in phase 2 are only a few minutes’ walk from the local church. This will enable the Christian families to worship regularly and be built up in their faith, after all they have endured because they bear the Name of Christ. The stability of a safe and solid home, and regular church attendance, will mean they “can grow mentally and spiritually because of having the provision of God in their lives” says our project partner, who oversaw the building work.

Finally the house was finished. “Now I have a real place to live. Not only that, now we have a good toilet, school for the children, and church nearby so we can worship.” Dijen added, “I don’t know where this money came from, but I bless them who helped me and my children.” 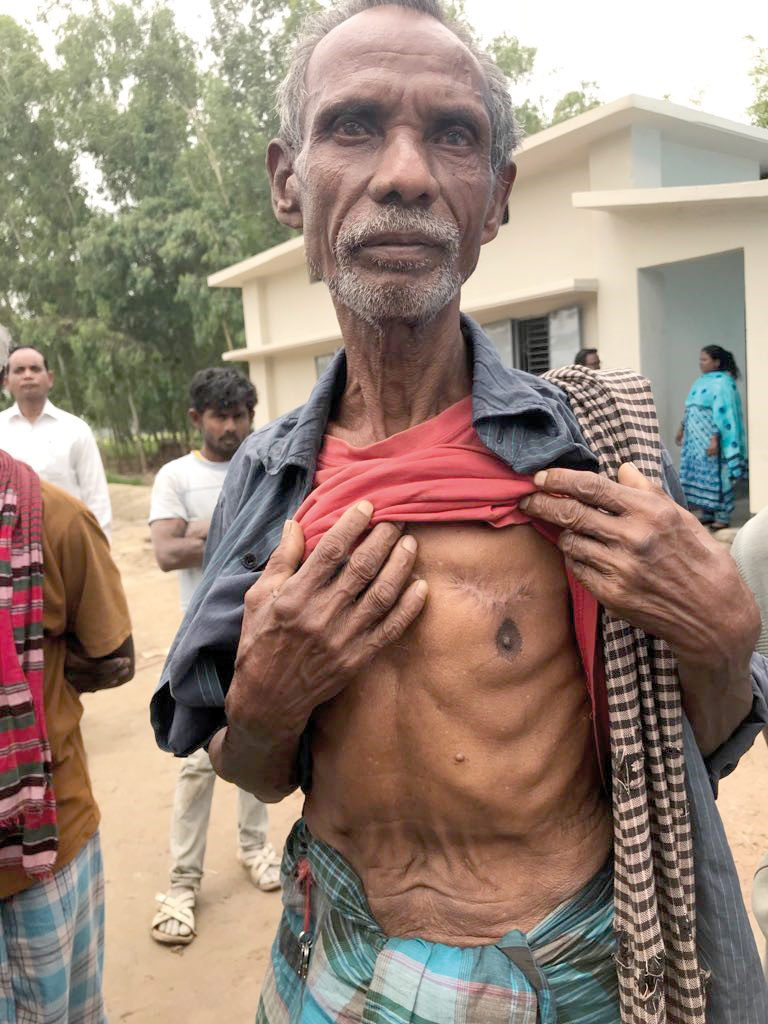 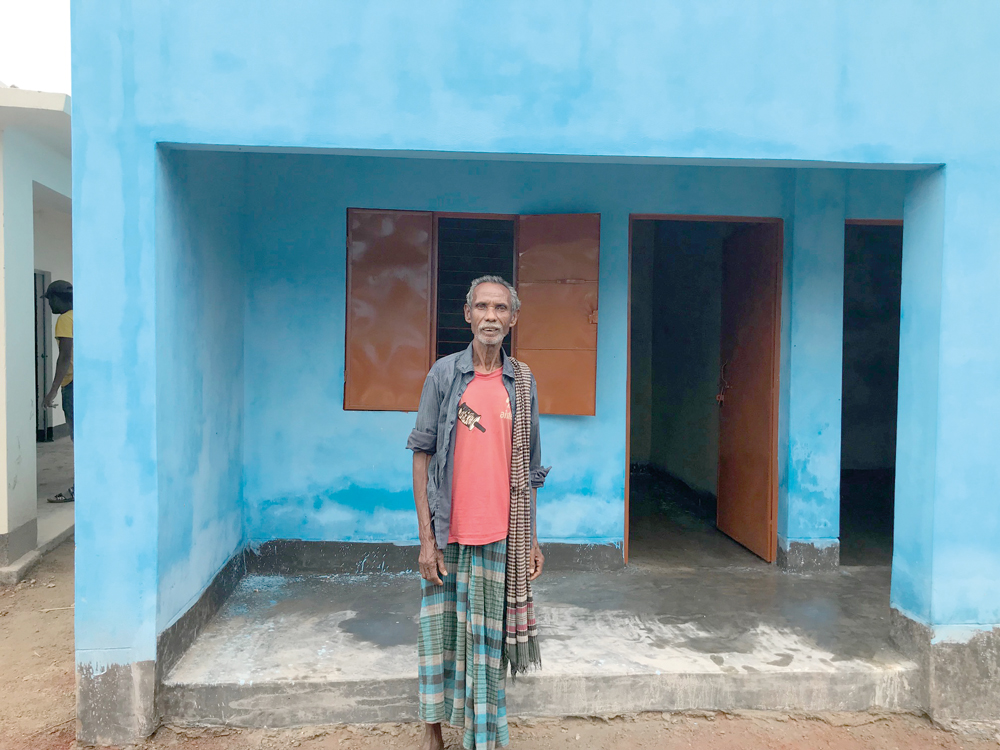 Dijen, standing outside his new house, sends his blessings to all those people he has never met who provided him and his family with a place to live

“Through Barnabas I have been shown the love of God”
Hopan Murmu was also injured in the attack, shot in the right leg as he fled with his wife, their daughter, and two sons. Hopan, who still needs to use a crutch to walk, had no hope of ever rebuilding his home because he is simply too poor. Now he lives with his family in one of our phase 1 houses.
He said, “I have been persecuted, I have lost my house, I have become helpless. But through Barnabas Fund I have been shown the love of God.”
Equally thankful is John Hembrome, who summed up the plight of the Santal Christians saying, “We are persecuted Christians and nobody looks after us.” He added, “Finally, Barnabas Fund helped us.” 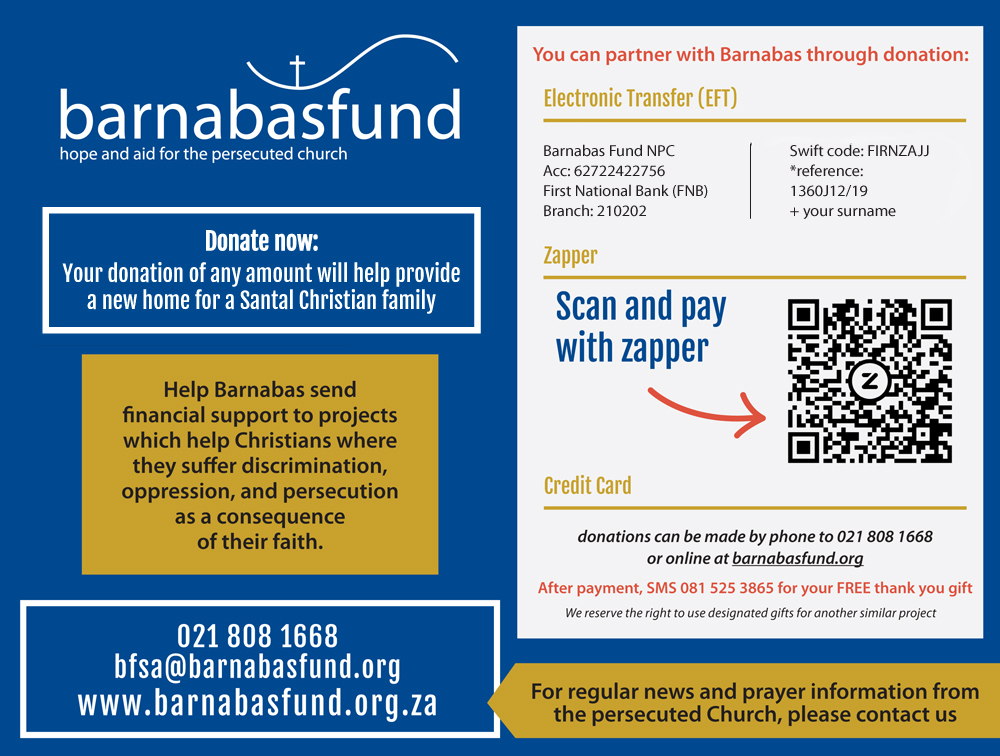 Date published: 13/11/2019
Feature image: Hopan Murmu (pictured with his family), who was shot in the leg as he fled an attack by authorities on his community, is thankful to God for his new Barnabas-built home