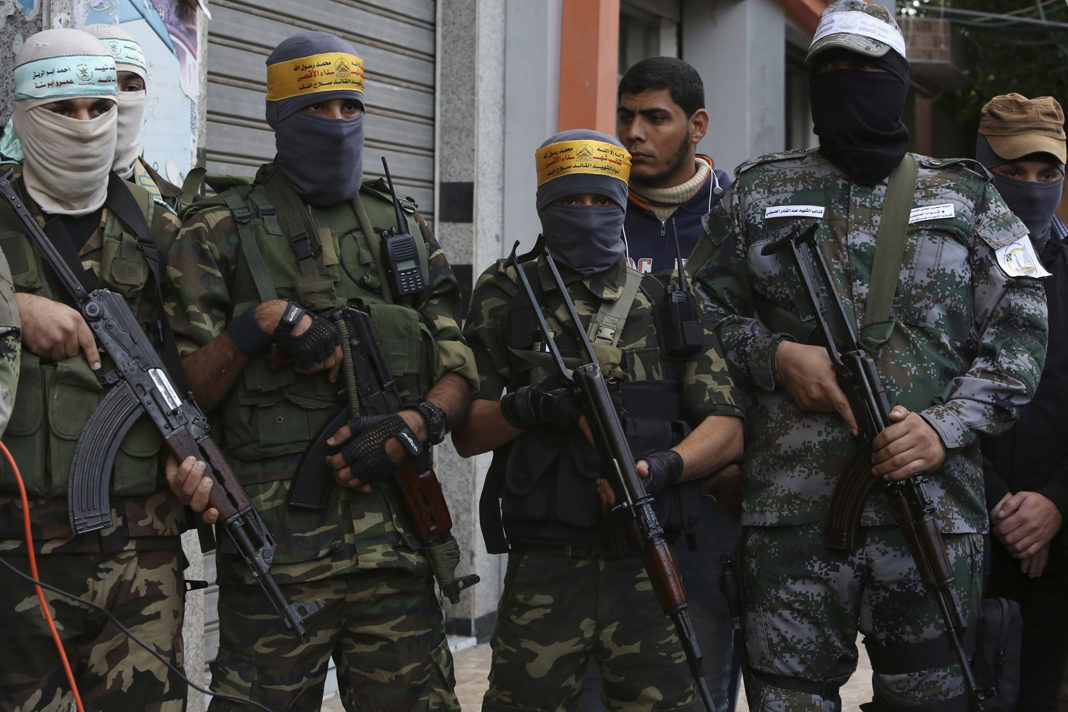 The PA has sent 7 billion shekels to the PLO, which has transferred some of those funds to terror groups.

“Some of that money went directly to PLO member organizations, such as the PFLP, that the US, the EU, and Israel have designated as terrorist organizations,” Palestinian Media Watch reported last week.

The PA has received tens of billions of dollars in international aid. Since 2011, the European Union, the U.S., and other countries have provided the PA with hundreds of millions in aid.

PMW says that the PA’s financial records for the years 2011-2018 show that the PA transferred 7 billion shekels to the PLO. The PLO then transferred that money to terrorist groups.

The PLO, which is also headed by PA Chairman Mahmoud Abbas, is an umbrella organization for several Palestinian groups. The largest and most dominant member is Abbas’ Fatah party.

Other members include groups designated as terror organizations by the U.S. and the E.U. such as the Popular Front for the Liberation of Palestine (PFLP) and the Palestinian Liberation Front.

The Ma’an news agency reported on June 17, 2018, “PLO Executive Committee member [and Fatah Central Committee member] Azzam Al-Ahmad denied that the allocation from the Palestinian National Fund to any Palestinian organization, including the Popular Front [for the Liberation of Palestine] (PFLP), has been stopped.

“In a telephone conversation with Al-Ahmad from Amman, he said: ‘There is no truth to the rumors that [PA] President Abbas or any other party has stopped the allocation to the PFLP.”

PMW says that although Abbas could have stopped the funding, as he has done so sporadically in the past, “the PA has systematically used U.S. and EU money to fund organizations that the donors themselves have designated as terrorist organizations.”

The Israeli watchdog group reports that the EU’s own “2017 – 2020 Joint Strategy Towards a democratic and accountable Palestinian State” declares that “Democratic principles” and the “holding of elections” are “non-negotiable principles.”

Furthermore, the development partners committed to “support the PA in ensuring that it increases transparency on government budget and decision making.”

But PMW notes that the requirement that the PA “adhere to even basic standards of financial transparency is only useful if something is actually done with that information.”

“If the countries that donate considerable aid to the PA do not demand that the PA explain why it squandered billions of shekels of aid – including by providing funding to non-functioning bodies and terrorist organizations – as it cries poverty and begs for aid, then the PA will continue to use and abuse the goodwill of the donor countries.

“Allowing the PA to continue these practices does nothing to achieve any peace-related goal. The opposite is true. When the international donors turn a blind eye to the PA’s obvious abuses, they simply embolden and facilitate the PA to deepen the rifts.”